Hit enter to search or ESC to close
Artists 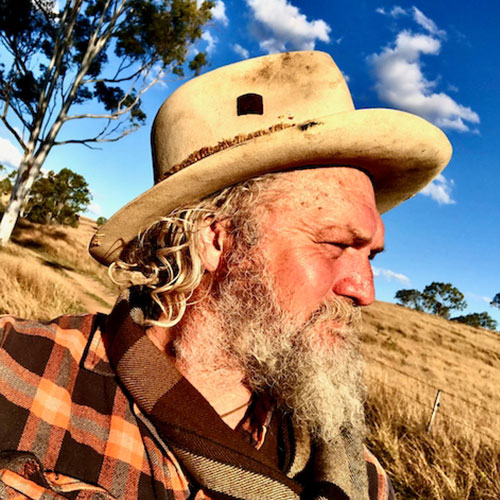 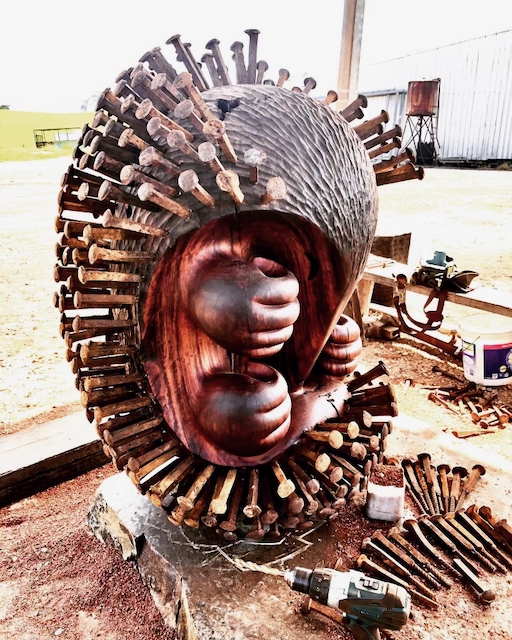 Echidnas roam the site at Spicers Tamarind and the greater Hinterland, burrowing into the red soil. Rusted iron railway spikes and polished Bluegum wood have been repurposed to form this coiled monotreme. An earthy ball of wood-metal orange-red eminating a curling cascading movement. The spherical forms of the body-whole and the internal claws suggest the shape of the earth and materials of the environment. The rust-orange metal and gloss-shine of the bluegum create a visual feast for the viewer. From one angle the viewer sees a ball of spikes, suggesting a botanic seed or dandelion, but upon circumnavigation of the work, discovers it is a curled animal. In a previous life, the wood had been eaten-out by termites – the echidna was being devoured by that which it eats – a reminder of the cycles which return all things to the soil of the earth, where the echidna burrows.

© 2021 Sculpture on the Edge. All Rights Reserved | Arts Connect Inc